The power of female entrepreneurship 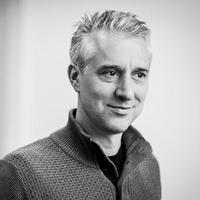 For women, having their own business can be many things. It can be a necessity, their only option when they are unable to find paid employment. But it can also be empowering, as it provides them with their own income. If they have the means to grow their business, it has the potential to strengthen their economic position, but also their position in the household and their level of self-fulfillment, creative skills, desire to independence, desire for wealth and power and social status.

And there is more: female entrepreneurship and business ownership is an important factor in driving down poverty in emerging markets. In the formal sector, about one-third of the businesses in the world are women led/owned. In the informal sector, however, women are over-represented. In most poor areas, such as rural areas, most business are informal and run by women. Women could and should have a strong impact on poverty but, even more than male entrepreneurs, face difficulties in growing an enterprise.

Multiple studies and research have indicated that the most common challenges shared by women social entrepreneurs are that their sector is heavily dominated by men, that they were discriminated against based on their appearance, that they were not listened to nor given decision-making power in group situations, and that fundraising and networking were easier for their male colleagues.

Another big barrier for female entrepreneurs and businessowners is lack of proper access to finance. The Gallup World Poll shows significant differences in access to financial services for women- and men-owned businesses in developing countries. On average, women have less access to basic banking services such as checking and saving accounts. As a result, many female entrepreneurs rely on their own savings, loans from family and friends, or micro-loans to finance their business needs. However, the small size and short-term nature of micro-loans do not allow women borrowers to make long-term investments in their businesses.

What we can do? PlusPlus is a crowdfunding organization that provides funding to entrepreneurs. What is special about PlusPlus is that PlusPlus is a true impact first platform. Investors are not receiving any financial return on their loan but participate because of the social impact of this loan. Personally, I believe this is the future. To people who already have everything they need, more money will not bring them more fulfillment. Making impact and being involved does.

Women seem to better understand this principle and lead the way. At PlusPlus about 50% of the lenders is female. To compare, in 2020 about one fifth of the investors at Dutch stockbroker bank Binck where females. And whereas the majority of the business owners and operators in emerging markets are men, at PlusPlus this is more evenly distributed. The good news for investors is that lending or investing in female entrepreneurship is prone to lower risks; according to the Worldbank, women tend to have lower growth aspirations than men do and prefer a “slow and steady” business to a fast-growing or risky business.

At PlusPlus we strongly believe in the power of female entrepreneurship and female business ownership. That’s why we try to include as many women-led businesses on our platform as possible, to provide them with equal opportunities and give them the access to finance they otherwise do not have.

So do you want to contribute to both more gender equality and lower poverty levels so children can go to school and get normal food, clean drinking water and health services? This is possible. Provide a loan to women, get repaid, do it again!