"To grow, you need working capital" Sereni Fries founder Humphrey explains. The Kenyan potato processing company is about to enter a promising new market. Good news for small potato farmers like Walter and Lucy, from whom Sereni Fries buys its potatoes. This €15,000 loan will allow the company to further invest in the production process of the new frozen food line. "We expect 250% growth" Humphrey says. A lot of potatoes are needed for that. With this loan 129 extra farmers will have more income, and 9 new jobs are created. 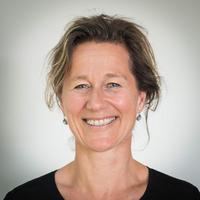 Meet Walter and Lucy, potato farmers in Kenya. Since they started working with Sereni Fries their circumstances have improved. Now, they sell their potatoes directly to the company, without a middleman, leaving them with a bigger share of the profits. Moreover, Sereni has taught them how to improve their harvest, so now they grow more potatoes, with better quality. And there are 2,000 more farmers like Walter and Lucy, whose incomes have improved thanks to Sereni Fries.

Although Humphry Mburu originally worked for a Kenyan bank, it was always his dream to become an entrepreneur. A meeting with one of his clients, a restaurant owner, gave him the idea of catering the growing hospitality industry in Kenya with fresh potato products. In 2012, he started his business and in March 2015, Sereni Fries was officially registered as a limited liability company.

Starting out with a staff of just 2, Sereni Fries Ltd. now has 66 employees. The potato processing company has branches in Nairobi, Mombasa and Nakuru. Sereni buys its potatoes directly from local farmers and processes them into fresh potato products or chips. The fresh potato products are sold to the hospitality industry and the chips to retailers in the metropolitan area of Nairobi, Mombasa and Nakuru. Now, the company is about to become a supplier to a major fast food chain in Kenya, which means they can continue to grow in the future. And that benefits the potato farmers Sereni buys from.

When Sereni applied for its first loan from PlusPlus a year and a half ago, the company purchased potatoes directly from 500 small-scale farmers in Kenya. Thanks to PlusPlus’ investors, this number has now grown to 2,000 farmers, who have a sustainable income as a result. In Nkuru, Sereni has a storage facility, to store potatoes after harvest so that they are available all year round. For Sereni, this means a stable supply of potatoes all year round, while providing farmers with greater income security.

Climate resilient and sustainable agriculture are important themes for Sereni Fries. At this moment the company employs several agronomists who support the farmers in growing potatoes. Water shortages, a major climate risk, are reduced by using techniques such as rainwater harvesting, solar irrigation and soil cultivation. Sereni Fries works together with the Dutch development organization SNV for this purpose. As part of the CRAFT project Sereni has been able to hire 6 agronomists. The farmers who receive training from this program are then included in the purchasing network of Sereni.

Purpose of the loan

Currently, Sereni Fries is setting up a new line of frozen potato products, which will allow them to enter a whole new market. With this loan of 15,000 euros, the company can further invest in their production process, so that it meets the standard of their new big client. Ultimately, this will increase their production by 250%, allowing the company to purchase many more potatoes from farmers like Walter and Lucy.

Thanks to this loan:

Sereni Fries has featured on PlusPlus several times before. The reason is that the company is growing and in need of growth capital. Because the amount they need is higher than what PlusPlus can raise in one go, we have divided it into several smaller loans. Sereni Fries has now received eight loans, which they all repay right on schedule.

In an interview, Humphrey explains how PlusPlus' investors ensured continuity in an uncertain time and even allowed the company to grow. Thanks to their loans, the number of employees grew from 49 to 66, and the number of farmers Sereni buys from has increased from 500 to 2,000 farmers, who now have more income. Sereni was also able to increase the salaries of its employees by 15%.

Sereni wants to become the main supplier of high quality fresh potato products in Kenya for a fair price.

Humphrey Mburu is the founder and managing director of Sereni Fries. He owns 60% of the company. Before founding Sereni Fries, he worked as an operations manager at Finabank for 6 years. His brother Eric Mburu owns 40% of the company as an investor.

Edwin Kosgei is operations manager at Sereni Fries. He is responsible for potato procurement and quality control. Previously, he worked as an insurance and finance consultant at Mediheal Group of Hospitals, East Africa's largest health institution.

Jecita Warigia Wariu has been working as general manager at Sereni Fries since 2019. She is responsible for the further development of the chips business. Jecita studied biotechnology and worked as shift manager at Kenya Wine Agencies, Kenya's largest wine distributor.

Johnson Mutua Kananda is responsible for marketing and sales, including developing and marketing strategy for the chips industry. He previously worked as a sales manager at Tropical Heat Limited and is pursuing an MBA in marketing.

While the pandemic initially lead to a reduction in the demand, due to temporary closure of the catering industry, by now the catering industry has reopened and sales of fresh potato products have returned to their previous level. Sales of potato chips through the retail trade have also been increasing since September.

This is a direct loan to a company. It is advisable to be cautious about the size of an investment in this project. For more information about the risks of such an investment, click here.

Impact of this project

Read more about the Risks.

We have already contributed for Sereni Fries 9

Jan van Munster
+ and another
51
investors